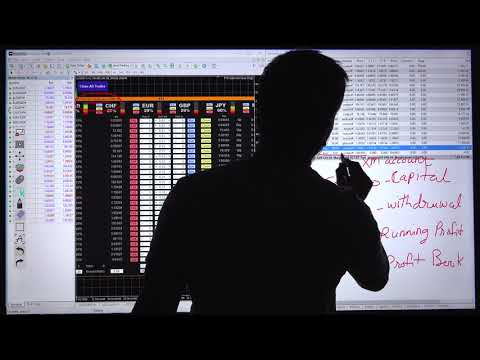 My writing is not great, so hang in there. Also, long post.
On Feb 28 2020 I set up an account on Oanda to begin my Forex journey. A friend of mine got me into the idea, saying he has been working with his dad that does this fool* time and it's a great way to make money. "I'm no dumbo and follow wall-street bets" I says, but he assured me THIS was different.
I did some basic research (youtube) and thought to myself, heck, it's money up or down. That's tight.
I came into looking to make a little bit of money, not an astronomical amount. I have a full-time job and two kids, so I'm not looking to end up homeless. I started my account with $1k seed, and the plan was make the $1k seed money back, pull that out, and have new $1k to play with. I thought I would achieve this goal in perhaps two months time. Starting out the trades I have made has been conservative, in units of 300-500.
The very first trade I made was EUJPY @ 100 units. I lost $0.40. It was magical. I had no idea what exactly was happening and the entire dashboard was crazy looking to me. I decided then that I really wanted to learn and I took seriously to the research that I was doing. I quickly found out that the news was a great tool in making market decisions. Looking at the history of currency pairs could also aid one in making informed decisions.
At this moment I made my first self rule: Make informed and guesstimated trade decisions.
I started to journal my trades and the ideas behind making these decisions. This gave me the feedback I needed when a trade went right or wrong for me. I could go back and understand why I did that, instead of just guessing. This also held me accountable for making informed decisions, going back to rule 1.
Rule 2 came shortly after that. I was given a recommendation on a pair to go long on a pair. I looked at the data and my head said nah, don't do that. But I thought to myself, well his dad has been doing this fool* time so let's go for it. Big mistake there. That was my first true loss. Up until this point I had only taken small losses in the form of cents. This was my first double digit loss. It hurt, but not a whole lot. Rule 2: Don't blindly follow. Make your own decisions.
Two weeks have gone by and I had made $1000.00! I got my seed money back! I was feeling good and put in my first big order, 10,000 units short on USD/JPY. BIG HIT of $300+. I was sky high. I did it again alllllll the way at the bottom of what I just closed at. The next morning was rude to me. I woke up with -$400 going against me. I panicked and took the L and started panic buying trying just to make up a little bit of lost cash. I kept digging myself deeper. At the end of the day I lost around $500. I took a day or two off from that and I made my third rule: Don't panic sell or buy.
I regained my composure and studied what I felt and why I reacted the way I did. To understand that the market can move against you is fine, and if I had stuck to rule 1 of informed trades, I would have been fine. Shortly after I had a 60.000 unit USD/CAD long hit -$800. This time I did not panic and I continued about my business. That ended up being on of the most profitable trades I have had, all thanks to Rule 3: Don't panic.
My last (so far) rule was born from the deadly sin of greed. That bastard; he was hard to kill. Seeing those dollar signs go up, up, up and way is so exciting. And then physics happens. Too often have I found myself in the situation of being able to make the same trade multiple times just because of the swing. This doesn't happen all the time and you can't really know if it is going to happen, but sometimes it's pretty easy to see.
Rule 4: Take the profit.
Now, I sell when I feel like I need to sell. If my gut says end it, I end it. I don't have remorse if I end a trade early. I came out with money I never had and I didn't lose money I never had either. Win/Win.
It is now 2 days away from being a month since I started trading. In that amount of time I have ended up with a Realized P/L of $3,036.55 at the time of writing this post. I am not writing this to brag or to look for high-fives and pats on the back. I am not naive that all of this can go very wrong with one click of a button. But I am proud of myself and at the fact that perhaps this could become my side-hustle in conjunction with my full-time job. I am still making rules for myself and still have a lot to learn.
Happy trading, space cowboy.